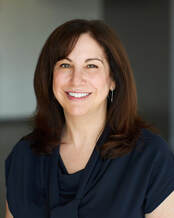 ​Yasmeen Abu-Laban is Professor of Political Science and Canada Research Chair in the Politics of Citizenship and Human Rights at the University of Alberta, and a Fellow at the Canadian Institute for Advanced Research.  Her published research addresses themes relating to:  ethnic and gender politics; nationalism and globalization; immigration policies and politics; surveillance and border control; multiculturalism and anti-racism; and human rights.  She served as President of the Canadian Political Science Association (2016-2017) and Vice-President of the International Political Science Association (2018-2021). 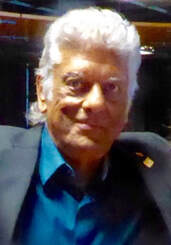 ​​Vasant Chotai: Immigrating to Canada from Kenya, Vasant pursued undergraduate degree in psychology and graduate studies in policy planning.  He has 29 years experience with Government of Alberta as senior manager.  Vasant was Director of Social Policy and led a team of research staff.  He initiated cross-ministry coordination on social programs and a policy advisory body consisting of community leaders, businesses, academics and senior government officials.  He was policy expert to the MLA Committee to review low-income programs that developed the new model for supports to low-income Albertans, crossing program and ministerial boundaries. He was recognized as analytic thinker, visionary and leader. Vasant is President of Canadians for a Civil Society.  Before that, he was Vice-President of Public Interest Alberta; President of Edmonton Social Planning Council; Board Member of Christmas Bureau; Vibrant Communities Edmonton; and Quality of Life Commission.  Vasant’s mission: To help those who have been left behind; to support those who need to move up; and to build a compassionate community based on human rights. 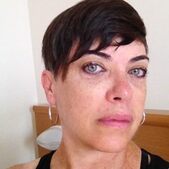 ​Catherine Kellogg is Professor and Chair of Political Science at the University of Alberta. She specializes in political theory, and is the author of Law’s Trace: From Hegel to Derrida (Routledge 2010). She co-edited a special issue of TOPIA (with Davina Bhandar and Michael Ma) on Carceral Logistics, and has worked on an edited book (with Lois Harder and Steve Patten) entitled Neoliberal Contentions: Essays in Honour of Janine Brodie. She has also published numerous articles and book chapters on Arendt, Hegel, Derrida, Malabou, Benjamin, Nancy, and Agamben. Her work has appeared in such journals as Law, Culture and the Humanities, Philosophy &amp; Social Criticism, Law and Critique, Cultural Values, Theory and Event, The Comparatist and Philosophy Today. She is presently working on two projects: one is a book length study on ‘Cruelty and Sovereignty: Abolitionism Today’ and the second is a study of historical methods training in political theory.
Conference Organizing Committee 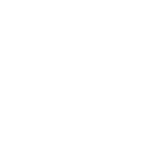 Amer Abuhamed is a Ph.D. student, researcher, and educator at the University of Alberta – Department of Political Science. Amer’s doctoral research addresses the colonial nature of Canadian immigration policies and proposes a model to indigenize immigration and foster land and policy-informed solidarity. Amer holds a BSc in Medical Sciences and a Diploma in Media and Communication studies from the American University of Beirut. In 2020, he completed an MA in Interdisciplinary Studies at the University of British Colombia with a research focus on multiculturalism and the settlement of refugees in the Okanagan Valley. Between 2011 and 2017, Amer worked as a political, cultural, and human rights journalist and researcher in the Middle East, and currently, he works as a Policy Intern at Alberta’s Ministry of Indigenous Relations.

​Neslihan Akpınar is a PhD student in the Department of Political Science at the University of Alberta. Her specializations are in Gender Politics and Comparative Politics, specifically in the context of multicultural education. She holds an MA degree in Political Studies from Istanbul Technical University and a BA degree in Sociology from Marmara University in Turkey. Her Master’s thesis examined the role of migration and politics on religious conversion of some members of heterodox communities in Turkey. She participated in several volunteer projects related to the youth. She professionally worked as a sociologist in the municipality and then moved to work at a NGO which dealth with religious communities. Afterwards, she worked as a full-time research assistant at Munzur University in Turkey. During that time, she has been awarded both by the Republic of Turkey, Ministry of National Education and the University of Alberta for pursuing a PhD. 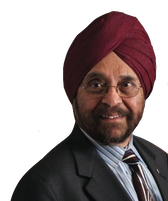 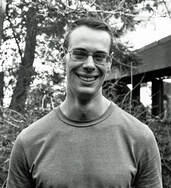 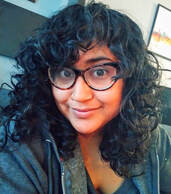 ​Silpi Das-Collins is an educator and activist based in amiskwaciwâskahikan on Treaty 6 territory. Whether she is leading anti-racism initiatives for staff or providing supports for queer and trans youth, her commitment to human rights informs her teaching practice at all levels. She is grateful for the opportunity to have served on the arts committee for this conference and looks forward to continued dialogue about the Charter's role in building a more inclusive world. 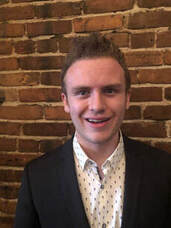 Zachary (Zakaria) Jericho Couture is a playwright, director, and artist from Amiskwacîwâskahikan (Edmonton, Alberta). He is of Palestinian and French descent. Inspired by his work with Teesri Duniya Theatre and the Islamic Family and Social Services Association, Zachary is committed to using theatre and art for human rights and community development. He is currently an undergraduate student at McGill University in political science and Islamic/Middle East studies. 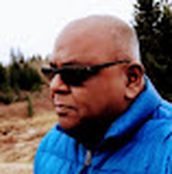 Satya Brata Das is a writer, a seasoned community volunteer, a grandfather blessed with an open heart and open mind. Satya is a champion of dignity and inclusion, striving to be the best for the world. He worked as a journalist in the 20th century and as a strategy guru in the 21st. He is a polyglot, a global citizen, and an optimist. 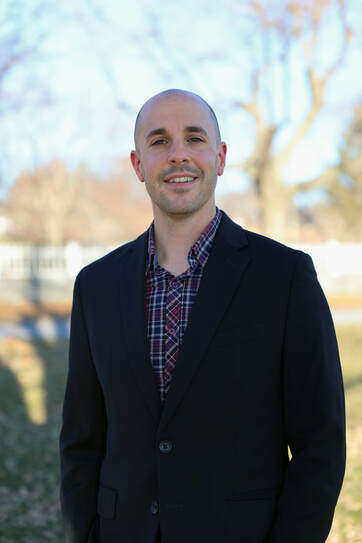 ​Dax D'Orazio is a Post-Doctoral Fellow in the Department of Political Studies at Queen's University and a Research Affiliate with the Centre for Constitutional Studies. A recent PhD graduate from the Department of Political Science at the University of Alberta, his research is primarily focused on the philosophy, politics, and policy of free expression. His current research project examines the law and politics of extending constitutional protections for expression to university campuses. He also blogs at the Centre for Free Expression at Ryerson University and is a member of its Working Group on Academic Freedom. 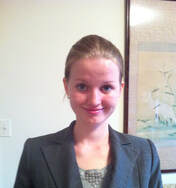 ​Nariya Khasanova is a graduate student at the UofA whose SSHRC-funded doctoral research examines reproductive experiences of families in a comparative migration context. She is proud to be an alumna of the United Nations Mandated University for Peace (UPEACE) and her UPEACE family. Besides research engagement at the university, she has previously worked as Labour Relations Policy Analyst with the Government of Alberta, a Project Officer at the United Nations Association in Canada, and Research intern at the United Nations Development Program Offices in Uzbekistan and Slovakia.  Experienced in participating, supervising, and seeing to completion various human-rights centered projects, Nariya is excited be part of planning this important initiative and appreciative of the chance to contribute her knowledge and passion to all three angles of the conference 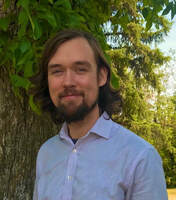 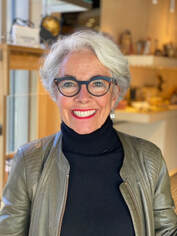 ​Patricia Paradis is the Executive Director of the Centre for Constitutional Studies at the University of Alberta where she manages the Centre’s constitutional research and public education mandates. She is a frequent speaker on the Constitution and in her capacity as Executive Director, edits two journals and organizes public events, symposia, workshops, and conferences on constitutional issues. Patricia has had a lengthy career as a human rights educator and advisor and has taught “Human Rights Law in Canada”; in the Faculty of Law as a sessional instructor for 23 years. She has served as the Chair or Board Director of several boards, notably the Chair of the LEAF (Women’s Legal Education and Action Fund) National Board from 1995-1999. She is currently a Board Director with the Parkland Institute and the Alberta Civil Liberties Research Centre as well as a past chair of the National Section Executive for the Canadian Bar Association Constitutional and Human Rights Section and the Alternative Dispute Resolution section. She is a Chartered Mediator and holds M.Ed. and law degrees from the U of Alberta. 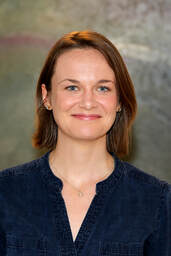 ​Elise Sammons is a PhD Candidate in the Department of Political Science at the University of Alberta. Her research explores how memory, both individual and collective, intersects with politics. Her dissertation project focuses on public remembering of the 1939 voyage of the M.S. St. Louis, which has come to symbolize North American apathy to the fate of European Jews in the 1930s. Elise has sat on the Political Science Graduate Student Executive, the Festival of Teaching and Learning Steering Committee, the Graduate Student Association Council and is currently actively involved with Teaching and Pedagogy in Political Science, and a member of the Green and Gold Adjudication Committee. 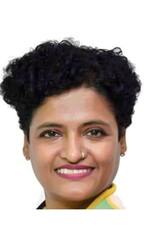 ​Mary Thomas is a communication professional with nearly 22 years in journalism and freelances for many publications. She served as Communications and Events Coordinator with MacEwan University, Associate Editor for Asian Tribune newspaper, TV talk show host on ShawTV, and consultant for NPOs. She has served on various boards including the City Salute to Excellence Council, Canadians for Civil Society, and as Executive Director, Multicultural Association of Wood Buffalo, and grew the organization from 2 to 9 staff and $650,000 turnover in 3 years. She was recognized by Girls Inc of Northern AB as Woman of Inspiration 2013 and at the Mayor and Council Toast of Champions 2014 for her efforts in developing Alberta Culture Days in Fort McMurray. With an MSc in Nutrition and Dietetics, she has lived in many countries around the globe, speaks 6 languages, is passionate about community development, social justice and building diversity in the arts, and was one of the 150 accomplished immigrant women featured by GROW in 2017. She is an avid hiker, singer, nutrition coach, English language tutor and mom for 2 university kids.

Pieter de Vos is a facilitator, documentary photographer, and Postdoctoral Fellow in the Evaluation Capacity Network. Prior to joining ECN, he facilitated over 400 projects with community-based and public sector organizations of varying sizes and complexities in Canada and abroad. His assignments ranged from leading strategic planning and change management sessions with executive teams throughout the provincial government; to stewarding human-centred design labs to prototype social innovations; to leading large-scale public participation processes on topics such as patient engagement, the opioid epidemic, suicide prevention, inclusion for LGBTQ+ communities, and affordable housing and homelessness.Pieter has a PhD in
Anthropology from the University of Alberta as well as a MSc in Public Health. His previous research focused on using narrative
and visual methods to explore social inclusion and spatial justice in an informal settlement in South Africa. Over the past several
years, Pieter has enriched his practice by using participatory photography, digital storytelling, and arts-based methods to
enhance  dialogue and deliberation. He has facilitated workshops using these methods in Kenya, Sweden, Tanzania, Pakistan,
Haiti, and the  USA. Outputs from these projects can be found at: www.pieterdevos.ca

​Dr. Jared Wesley is an associate professor and associate chair of graduate studies in the Department of Political Science at the University of Alberta.  He teaches and researches Canadian politics, with a particular focus on political culture and public opinion.